Gluten: A Problem for Everyone?

Is gluten a problem for everyone or just for some? Many scientific studies have focused on food sensitivities in the past decade. Certain foods are causing allergies, inflammation, and other ill effects within the body. Even those uninterested in health and nutrition are aware of the gluten-free craze that has been sweeping the country, and many have noticed the even smaller grocery stores now carry numerous gluten-free items. Despite this, there is still much confusion about the differences between food sensitivity and Celiac disease. Non-Celiac gluten sensitivity is only recently being recognized by traditional medicine. The tests are becoming more accurate, but still have a long way to go. Some of the doctors leading the way in gluten research and education are Dr. Thomas O’Bryan, Nora Gedgaudas CNS, and leading Celiac expert Dr. Alessio Fasano.

Dr. Fasano estimates that 30% of the population has a sensitivity to gluten.  Let me note that the same doctor a few years prior said that only six to seven percent of the population has a sensitivity to gluten. Now he is saying thirty percent. Dr. Rodney Ford, author of The Gluten Syndrome, says that thirty to fifty is more likely, but he would not be surprised if the number was over fifty percent when the medical community is finally able to settle on a number. These speculations demonstrate how new this science is, and alerts us that the statistics on gluten sensitivity may be flawed.

So what is Gluten? We’ve heard the word “gluten” but what does this mean? Gluten is the protein found in wheat, rye, and barley in varying amounts. The protein we call “gluten” is actually a family of proteins says Dr. Thomas O’Bryan. The proteins are all a bit different in molecular shape but are in the same family. The protein gluten, itself, is not bad for you but it has become harmful because  according to Dr. O’Bryan this protein has changed dramatically over the years. The protein has mutated. In the last 50 years, gluten content has gone up 50 percent due to the plant being hybridized. “The bread that was eaten in ancient times may have been okay, but there is no conventional wheat, rye, or barley that can be digested without ill effects,” says O’Bryan. We cannot digest gluten from these sources anymore, or to be more specific, we can’t break it down without inflammation in the body. Whether you appear sick or not, depends on your immune system and genetic susceptibility.

When this protein enters the body, the body cannot recognize or assimilate this enlarged, mutated protein. The body attempts to fight off this encroaching substance; but often sends mixed messages, and if the immune system is not functioning optimally, or if there is a genetic predisposition, an autoimmune response triggers an assembly line of antibodies that attack and damage the body. In cases of Celiac Disease, according to leading Celiac expert Dr. Fasano, the antibodies start deteriorating the lining of the intestines, which causes inflammation, inability to absorb and digest other nutrients, and lack of blood flow to the brain, which can trigger an array of physical and emotional distress. When the gluten effects the intestines severely and there is already a large amount of damage done, the patient, usually, tests positive for Celiac’s. Otherwise, many cases go unreported or unnoticed.

“Gluten sensitivity is much more than just digestive problems. For every one person that has got digestive symptoms from gluten, there are eight that don’t. The symptoms are in some other part of their body.”  Thomas O’Bryan

What is the difference between Celiac disease and gluten sensitivities? Celiac disease is when the cilia, the fibrous lining of the intestines, are destroyed and the body is unable to digest vitamins and minerals.  According to Dr. O’Bryan, 73 percent of Celiac patients have a lack of blood flow to the brain and this causes the brain to function poorly, and depending upon what area of the brain is affected, can cause a wide range of other symptoms. “People with their intestinal lining worn down, says Dr. O’Bryan, “which is called villous atrophy, had a 39% increased risk of dying early in life of heart disease, cancer, or something else.”

“Celiac disease was one of the main areas of study for about 30 years,” says Dr. O’Bryan. “If you don’t have a problem with your gut, then gluten isn’t a problem, was the common notion of the time. If they had looked into the brain, instead of the gut, they would have thought gluten was a brain disease. But now, we find that gluten can be a disease of anything. If it affects any other part of the body it is labeled as “gluten related sensitivity,” says Dr. O’Bryan.  Because most conventional tests only check the intestines, if the gluten is affecting other areas of the body, the tests are commonly inaccurate. There are new blood tests for gluten sensitivities that may be more promising.

How much gluten can a person eat without causing an inflammatory response?

A research study was done about a woman with Celiac disease who wanted to partake in communion each Sunday at church. The bread wafer was studied, and in her particular case, it was broken into a crescent shape about an eighth of a fingernail in size. She, like many others thought that as long as she kept gluten consumption down, she would be okay. The study was called A Milligram a Day Keeps the Healing Away. The study showed that even ingesting as little as one tiny milligram can cause the assembly line of antibodies ready for destruction, and according to Dr. O’Byran, the memory B cells produced in our bodies when gluten is eaten, will cause an assembly line of antibodies that continue attacking your body for 2-3 months even after you resume a gluten free lifestyle. AHHH! How alarming for the mostly gluten-free person who occasionally wants that slice of pizza.

Furthermore, Dr. Thomas O’Bryan stated that there are current studies being done on these memory B cells and dairy consumption. A person can be gluten-free but ingest certain forms of dairy, and if the protein is mutated, enlarged, or unrecognizable, the body can register it as gluten and the antibodies will continue body deterioration. There may be even more foods out there that cause a similar response that have not been studied. It makes me question the integrity of the food eaten. I say this not as a doctor, but as Sarah, content writer for Feed Your Vitality. It is my hypothesis that through conventional, intensive agriculture practices, and multi-generations of excessive consumption, we have mutated the genes found in the foods we eat. After many years of research, we are only now finding out about gluten, wheat, and dairy but in time, there may be many other foods that we find to be unsuitable for maintaining a healthy lifestyle.

But I have no symptoms. Wheat doesn’t seem to bother me. Some people can consume gluten and don’t appear on the surface to be affected. According to Dr. Thomas O’Bryan, most of this has to do with our immune system and genetic predisposition. “We can have a immune tolerance to certain foreign proteins in our body, but if the immune system becomes disrupted, due to environmental chemicals and toxins, gluten can be the tipping point,” says Dr. O’Bryan. This is the hypothesis for why people do not seem to be diagnosed with these conditions until middle age. The body may work up a tolerance to a point and then, when the system is taxed, cannot handle any more. There are no current studies explaining exactly why.

It is also really hard to tell what the body could be like otherwise. It is easy to feel normal when you are used to your body feeling a certain way. Headaches, joint pain,arthritis, allergies, seizures, asthma, high blood pressure, skin problems, diarrhea, depression, thyroid problems, attention deficit/hyperactivity disorder, schizophrenia, hormone imbalances, infertility, and many other diseases and symptoms can be thought to be normal. Or at least, not related to the pasta you ate for dinner.

“Any symptom of the body can be attributed to gluten.”  Dr. Thomas O’Bryan

You get diagnosed with something, you take prescription medication, and you feel generally normal or healthy.  It is easy to feel like these are all just normal states of the body. What if you could remove the food from your diet, and eliminate the problem entirely? What if you were no longer dependent on medications because rather than treat the symptom, you got to the root of the problem? This is one of the main differences in preventative care verses conventional. It is very easy and profitable for conventional doctors to pill away a problem. In the long run, it is better, in my opinion, to dig a little deeper, to really understand the body, and to try to solve the problem before it manifests into disease and disease like conditions.

Who should be concerned about gluten? It sounds bleak but this is an exciting time. Gluten-free may sound like a fad, but people are talking about it.  “The gluten-free movement has happened because so many people have felt better without eating wheat,” says O’Bryan. Celebrities are doing it, people are trying it out, and the result is an increase in availability and request for these gluten-free products. This is good, maybe they will eventually be comparable in price.

But wait… Just switching to gluten free products does not necessarily mean healthy. Most of these highly processed foods are not enriched, which means that they don’t contain a lot of nutritional value. Many rice flour substitutes actually have a higher glycemic index and less nutrition than white flour. (See our blog post on paleo muffins!) Once in a while, these treats are a wonderful alternative to gluten.

According to Dr. O’Bryan most people feel better getting off the gluten, lowering carbohydrates, or even adopting a grain free paleo diet.

The average American diet is so laden with gluten. Cereal for breakfast, a cookie for a snack, a sandwich for lunch, pasta for dinner. It’s everywhere. Initially transitioning off of wheat can be a confusing, challenging, and expensive. Wheat is cheap, that’s why it is put into everything! Finding a good, informed Doctor, nutritionist, or coach can be really helpful.

Vitality Consultants are offering The Official Anti-Inflammatory Diet Masterclass with tips, information and over 500 recipes related to anti-inflammatory living, cooking, health and wellness. If you are struggling to get healthier, but are having too many set backs (grandma came over with brownies and you couldn’t resist!), let us help.  Contact us for more information.

And here are some bonus gluten free recipes: 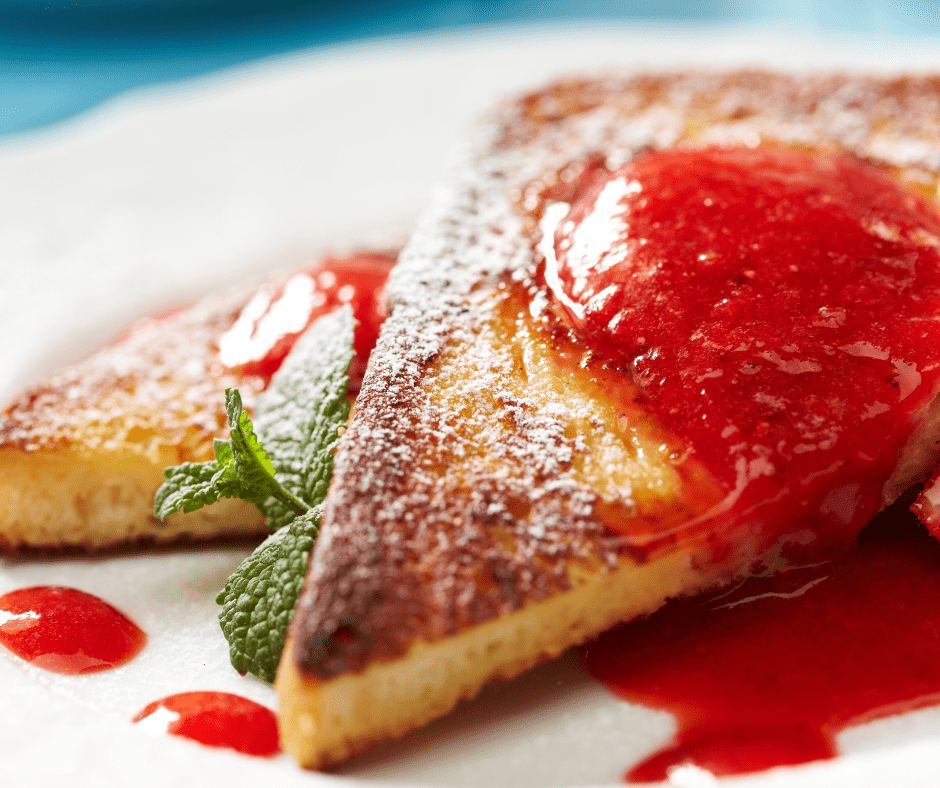 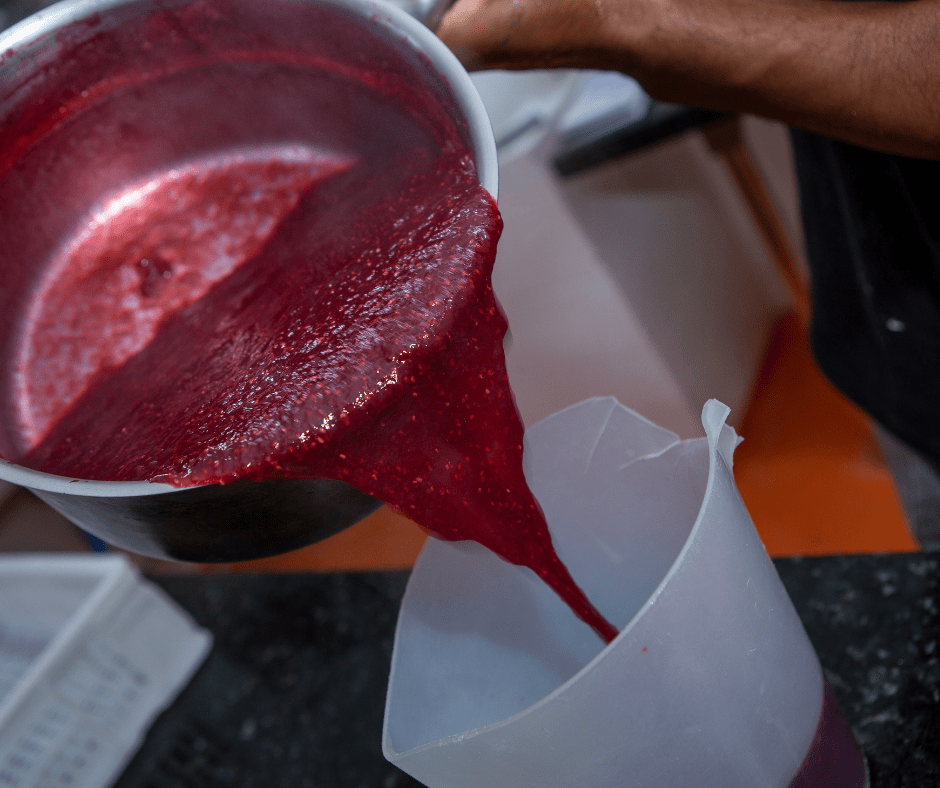 This syrup is delicious on pancakes, French toast or anywhere else you like a sweet strawberry syrup.
Print Recipe Pin Recipe
Course Breakfast, Sauces 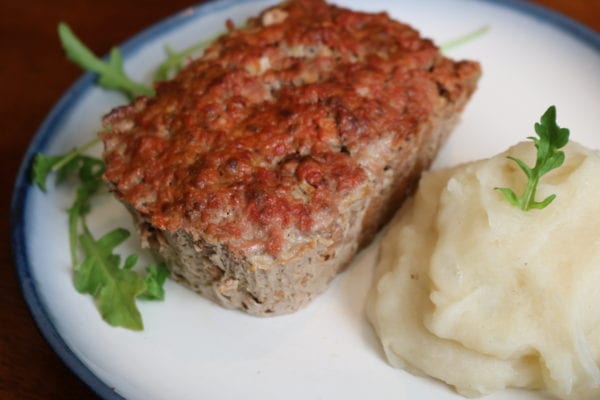 This gluten free anti-inflammatory meal was a customer favorite with our meal delivery company. This recipe will please the whole family. The kids won't even realize they're not eating starchy mashed potatoes. Serves 4-6
Print Recipe Pin Recipe
Course Main Course, Side Dish
Servings 4

This meal freezes well so if you're not making this for the family, prepare for 4 and freeze individual containers for a quick lunch or dinner on other days.
Keyword Anti-Inflammatory, Bell Pepper, Broccoli, Cauliflower, Complete Meal, Entree, Green Beans, Poultry

If you’re interested in an anti-inflammatory lifestyle and more information and recipes like this, check out The Official Anti-Inflammatory Diet Masterclass.  Or email us at info@VitalityConsultantsLLC.com for more details.